What is the Super Slalom?

The Super Slalom is an event created by the World Cup slalom skier Julien Lizeroux in his home resort of la Plagne. It’s the longest slalom event in the world at 4kms long and with a leg-burning 320 gates! The event is designed to be challenging but fun and is open to anyone who wants to compete. 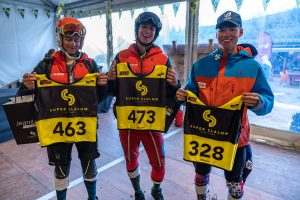 After a warm up led by a local gym club, the race began at 9am and ended with the last racers around 2pm. 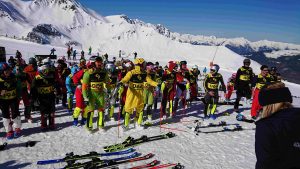 The weather played its part, in what was an excellent day, with wall to wall sunshine and the snow was firm and held up well until the end of the race. Many of the elite racers were dressed in fancy dress and we saw super heros, unicorns, Christmas trees, monsters, wizards, witches and more weaving their way down the course. Team Valoche were out in force at Aime 2000 blasting their chainsaws, ringing their bells and letting off coloured smoke as the competitors flew past. 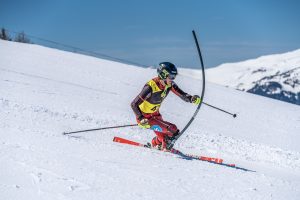 Mario bashing the gates on the Super Slalom 2019 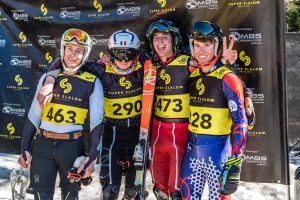 Exhausted but happy to have finished (left to right) Jules, Valentyn, Mario & Adam.

It was a great day all round and our racers did exceptionally well in a field of competitors bursting with experience. Chapeau to the organisers, the volunteers and all the racers. See you again next year!